In the Virginia wine world, February means something very exciting. No, it is not my birthday month.  That is August, just in case you are wondering, and I wear a size yummy in treats. What February is known for is that it is the month when the Virginia Governor’s Cup announces all of the award winning wines AND it is the month when the Governor’s Cup Gala is held.  This fantastic event gives wine lovers around the state the perfect opportunity to taste all of the gold medal winning wines. 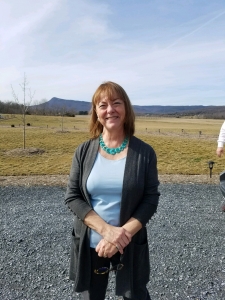 When I say wine lovers, I should make it clear that invitations to the gala were not extended to me, Winston the Wine Dog!  Hummmppph. I suppose someone had to work the tasting room, and it was up to Sherry and me to do just that while everyone else headed to Richmond to celebrate the night away. 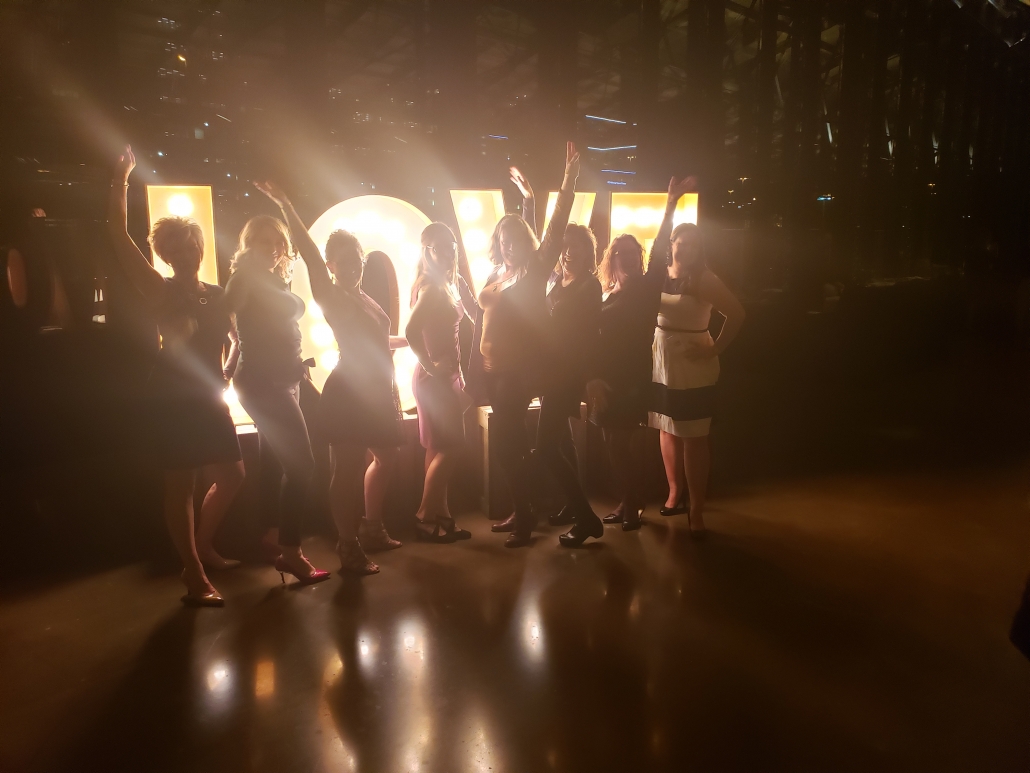 Mom and Dad were too exhausted to talk to me much about it when they got home, but Erin made sure to give me a ring and fill me in on all of the details before they got back. 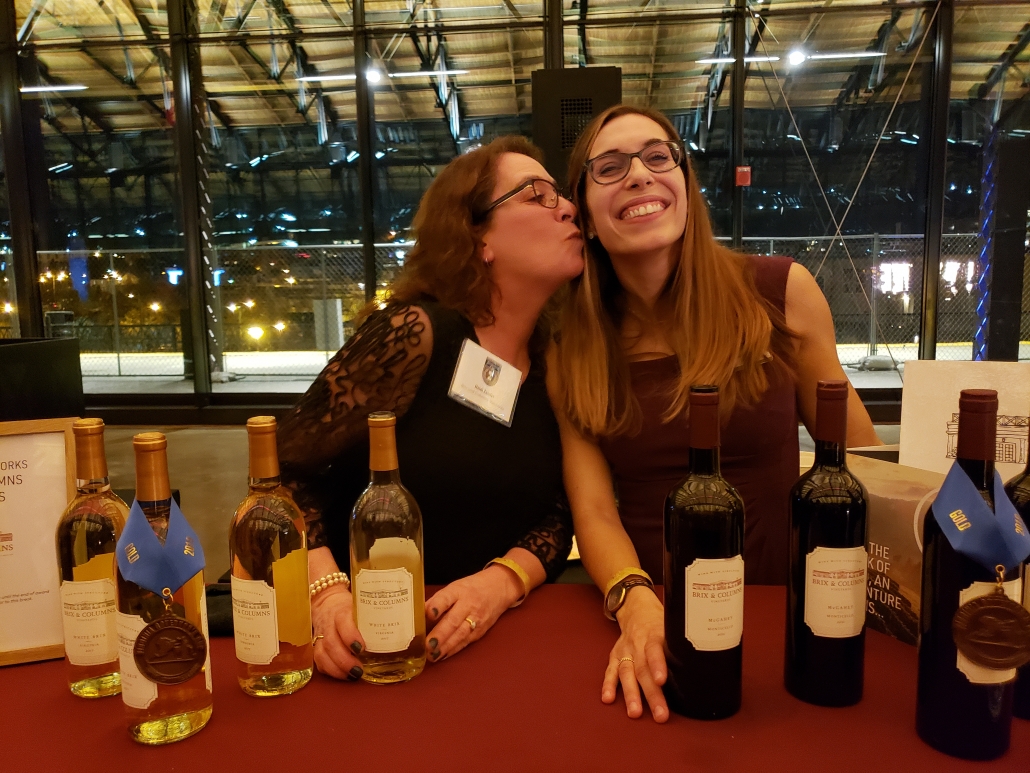 Viognier, my mom’s favorite, surprisingly made very few appearances in the gold medal category, but the judges said that it was a great year for Chardonnay, Petit Manseng, Cabernet Franc, Petit Verdot, and Tannat. Sparklings also made a good show in this year’s competition. 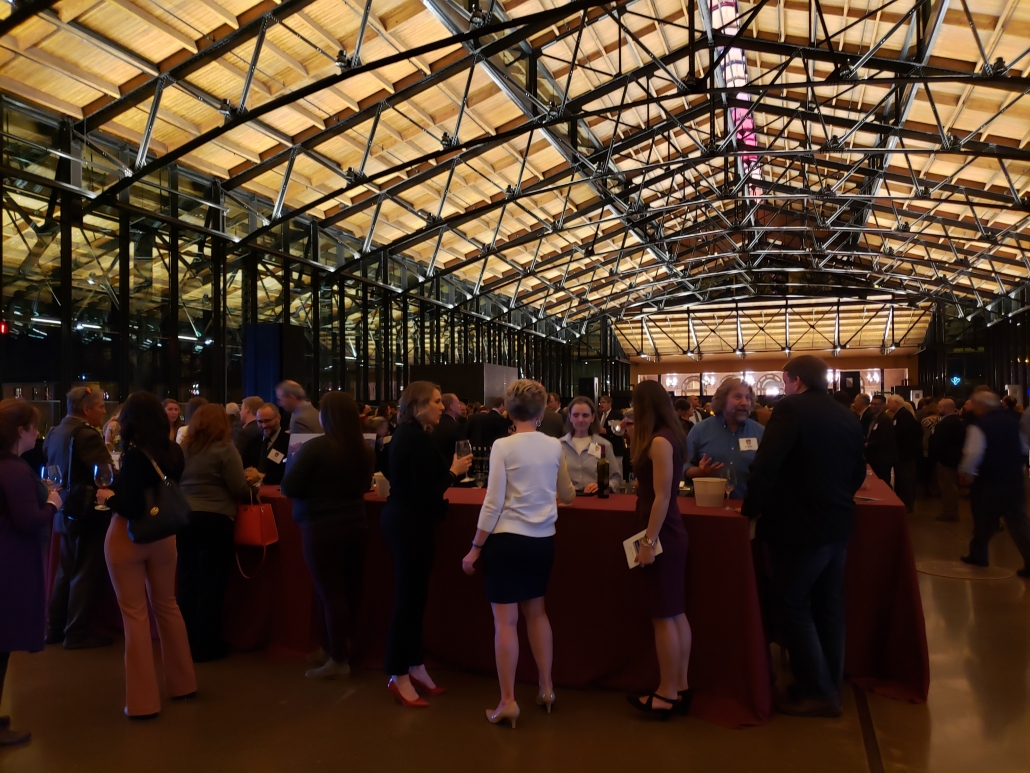 510 wines were entered from 102 different vineyards from around the state, over 100 bottles of Meritage were entered, and more than 50 bottles of Petit Verdot (Taylor’s favorite) were entered as well.  Of these 510 wines, 13% won gold medals (60+). As always, 12 wines were selected for the Governor’s Case. If you want to learn more about the judging process, click here for my prior blog about it. 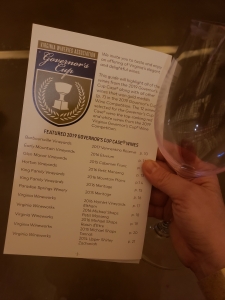 Barboursville Vineyards had an excellent 2017 Vermentino Reserve that was dry and citrusy with a lingering minerality. Early Mountain Vineyards’ 2016 Eluvium was a Merlot and Petit Verdot blend that was aged in new French oak for 18 months and full of dark fruits.  Glen Manor Vineyards had a 2015 Cabernet Franc that was fierce and delicious. They don’t filter any of their red wines.

King Family Vineyards made an impressive show this year with their 2016 Meritage and their 2016 Mountain Plains.   Both blends were aged for 18+ months in French barrels (one in new, and one in 45% French). Paradise Springs Winery made a strong showing with their 2015 Meritage.  It was full-bodied and brimming with possibility. 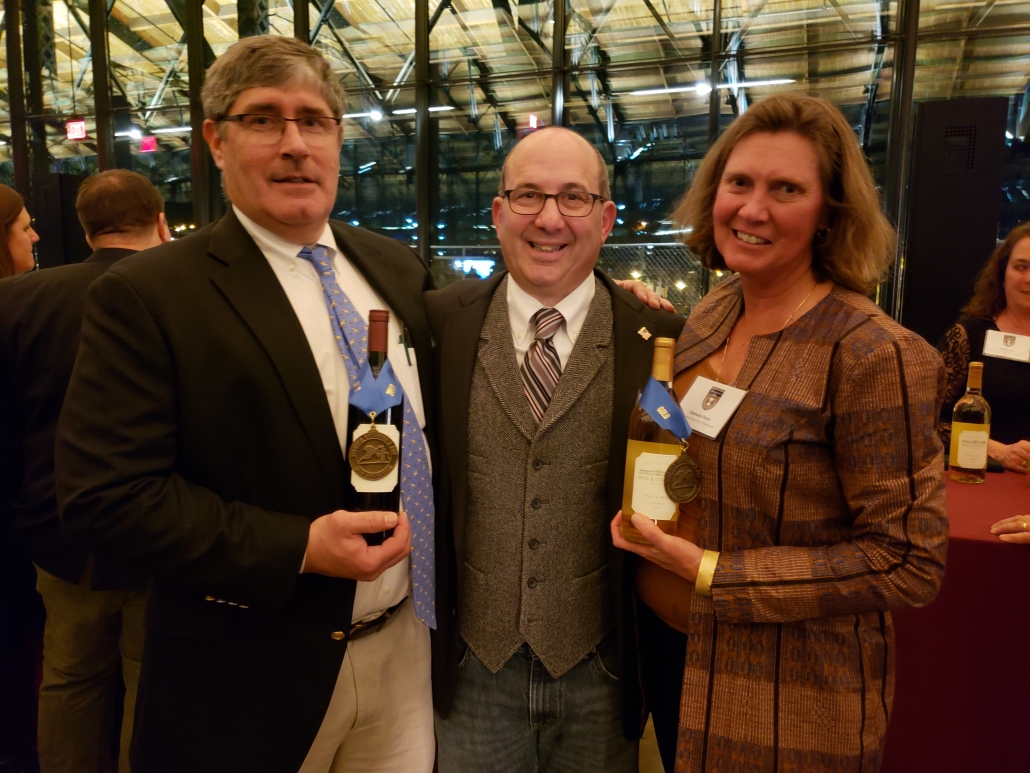 Our very own Michael Shaps absolutely stole the show with five of his wines placing in the Governor’s Case.  His 2016 Eltham for Hamlet Vineyards is a Merlot and Petit Verdot blend that was aged in 50% new French oak and bold and flavorful.  Michael’s 2014 Zachariah for Upper Shirley was a blend aged for 18 months with a well-rounded palate. Three of Michael Shaps own brand made the case, as well.  His 2016 Petit Manseng was dry and delicious with pleasant acidity and tropicality. Michael’s 2015 Tannat had great structure and fruity notes. It is definitely one to pick up for the cellar.  To finish it off, the 2016 Michael Shaps Raisin d’Etre is the perfect dessert for your evening. Full of peach flavors, this late harvest Petit Manseng expands your view on how versatile this grape can be! 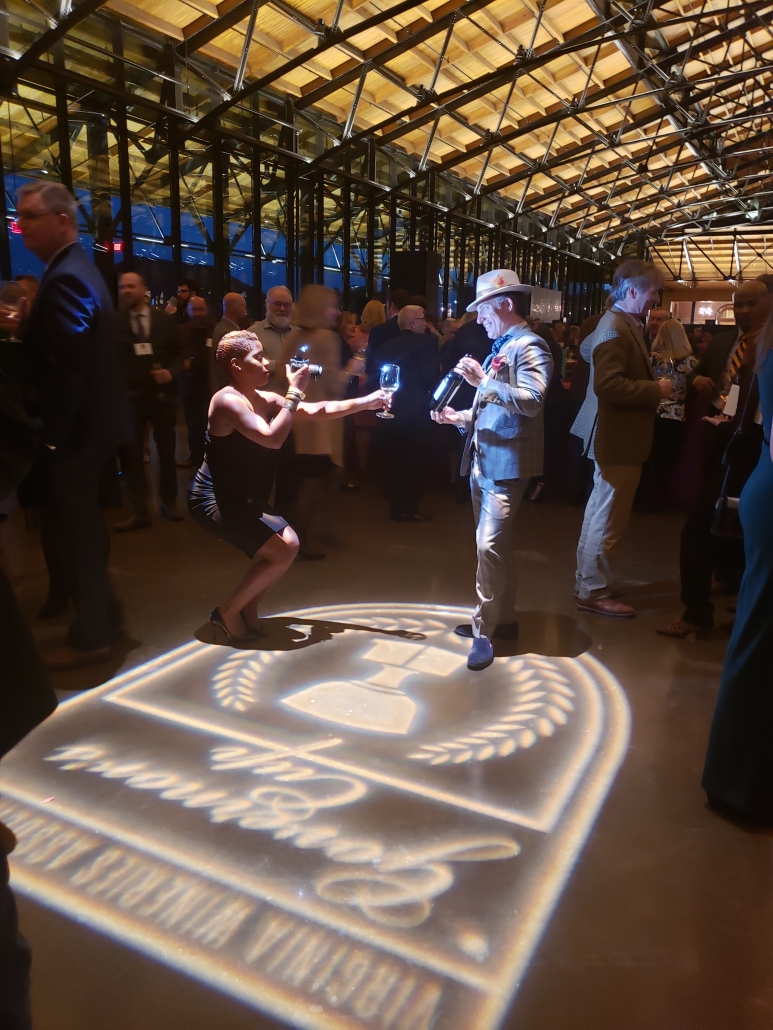 Horton Vineyards‘ 2016 Petit Manseng won the coveted Governor’s Cup this year.  At 0% residual sugar, it is deliciously dry and has a wonderful lingering acidity.  We especially appreciated this awarding because Horton Vineyards has done so much to advance the Virginia wine world.  Just over a year ago, Dennis Horton passed away and left a legacy in his wake. What a fitting honor for his vineyard to be awarded this year.

Erin also made sure to tell me about the food spread – she knows the way to my heart.  The event was hosted by Mosaic again this year, and it had another delectable spread of nouveau Southern cuisine.  Platters full of pimiento cheese, smoked shallot and gorgonzola spreads, roasted veggies, hearty Italian deli meats, and sweet potato biscuits stuffed with country ham were scattered throughout the tasting hall.  There were also stations with delightful treats such as she-crab soup and prime rib with roasted and mashed red potatoes. Yumm! Dessert was an array of tarts filled with nutella, sweet potato, key lime, and pecan.  I think this spread alone is why Mom and Dad never invite me along. 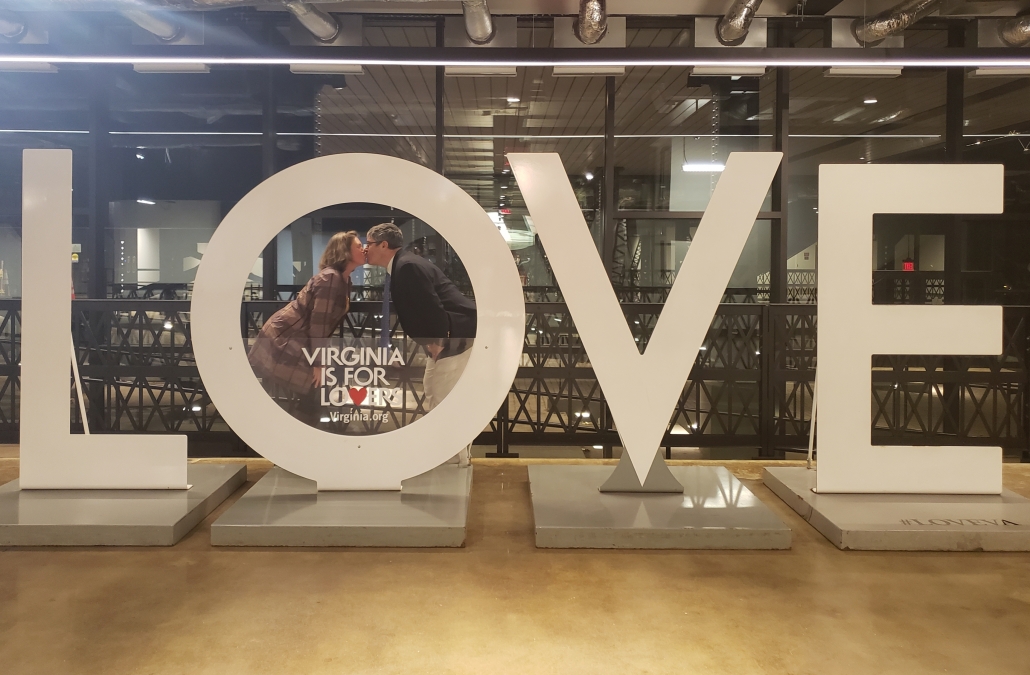 The Making of Dessert Wines

No Corkscrew? No Problem!
Scroll to top
Review Us!