Man oh man, Friday night was a good time! We had to wait until Mom and Dad left for the Shenandoah Cup before we could call UberDog to come pick us up, but as soon as they were out the door, so were we! We both wore our very best black tie attire and even donned fur coats for the evening. 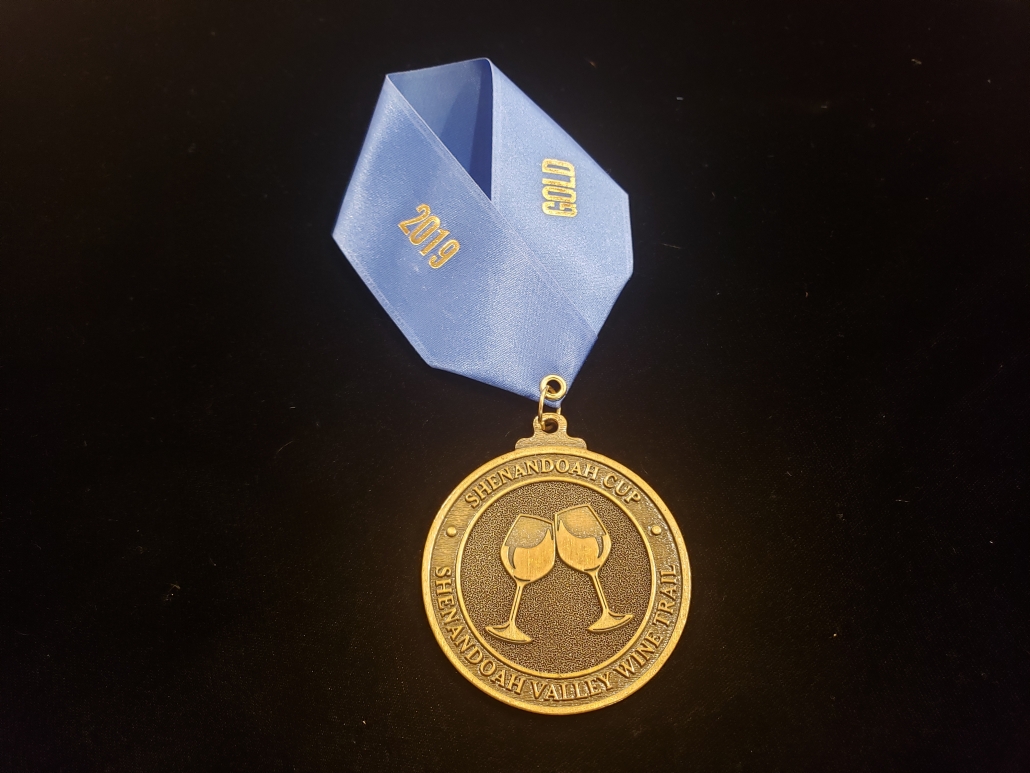 This evening was a very special one that came after months of planning. I (Winston) sat in on several of the phone calls and meetings that Mom had for this, but Wyatt missed out on most of them because he can never stay still for too long. The Shenandoah Cup was designed to celebrate the wines coming from the Shenandoah Valley AVA. Members of the Shenandoah Valley Wine Trail (SVWT) are really excited about the delicious wines being made in the Shenandoah Valley, and they decided it was time to have a wine gala in the Valley similar to the Governor’s Cup held in Richmond each year. 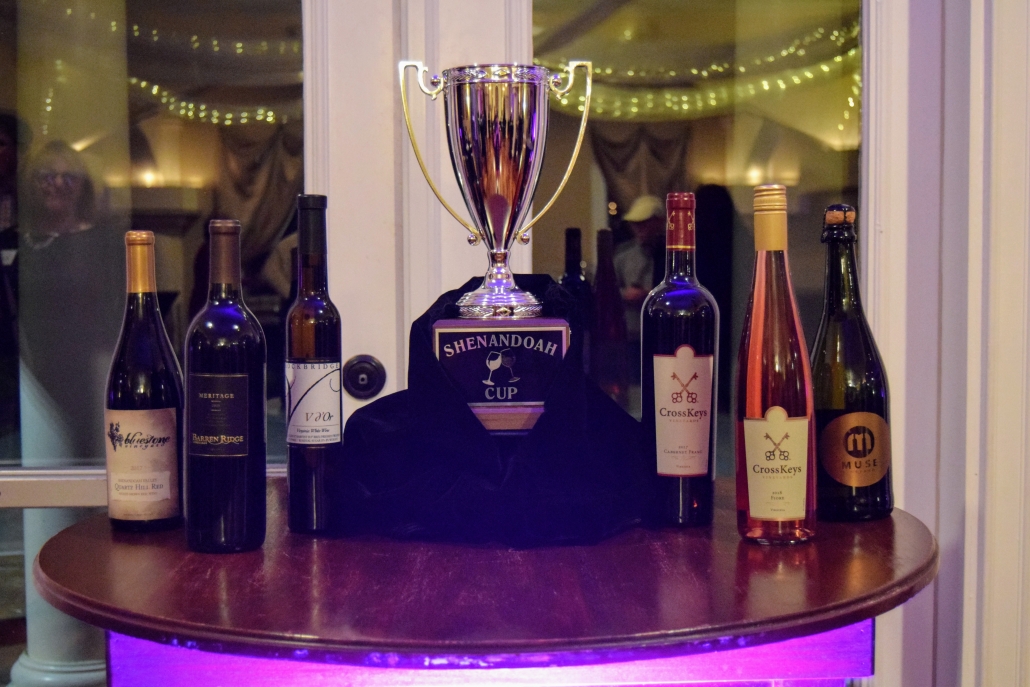 Hosted by CrossKeys Vineyards, the evening showcased some of the 50 wines that were entered into the judging process by eight different wineries in the Wine Trail. In order to be entered, 85% of the grapes in the wines had to be grown in the Shenandoah Valley AVA, and the wines had to be produced by a member of the SVWT. This two stage process was completed by the Atlantic Seaboard Wine Association; during the first stage, the top six wines were selected, and during the second stage, a top wine was selected from those six. 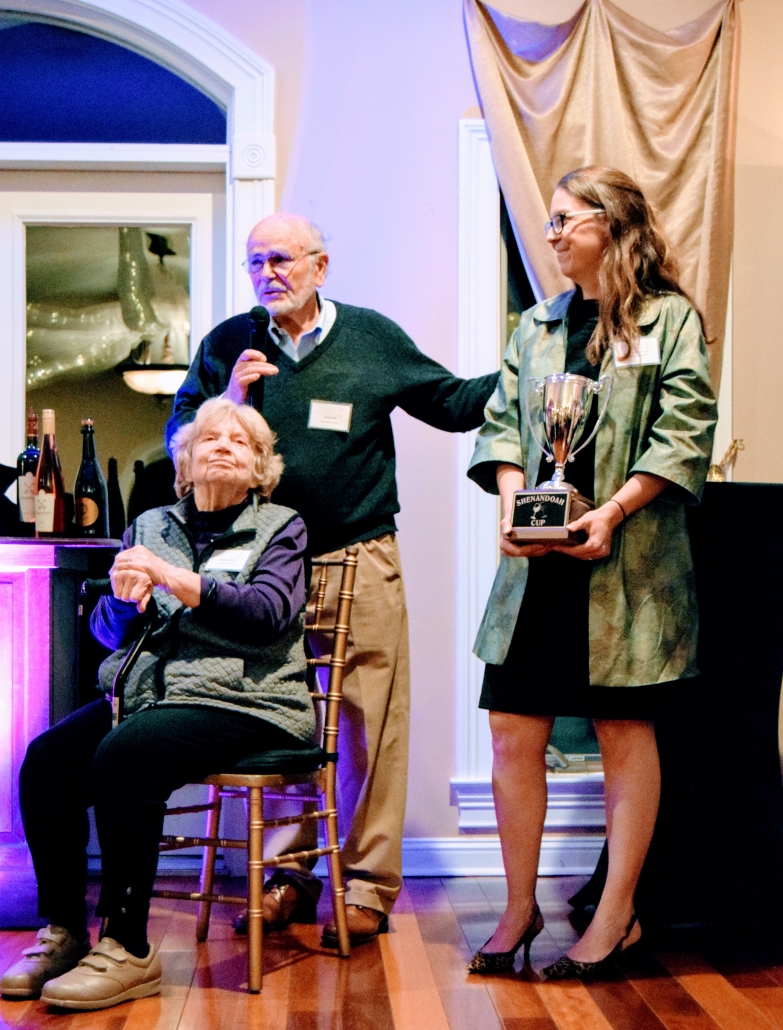 Barren Ridge’s 2015 Meritage received the honor of winning the first annual Shenandoah Cup.  The other five wines that were recognized were Bluestone Vineyards’ 2017 Quartz Hill Red, CrossKeys Vineyards’ 2017 Cabernet Franc and 2018 Fiore, Muse Vineyards’ NV Blanc de Blancs, and Rockbridge Vineyards’ 2016 V d’Or.  I didn’t personally taste any of the wines (none of them were safe for canine consumption), but I heard plenty of people raving about how incredible they were and how much the industry has grown in our valley over the past few decades. 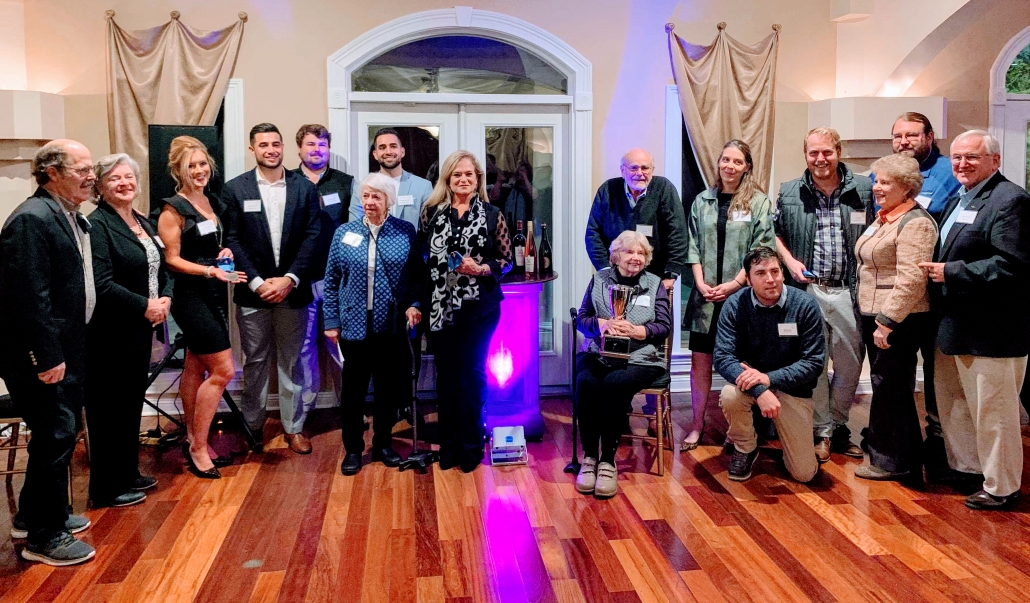 Mom even invited a special guest to talk about this very topic!  Brian Yost, publisher of Wine Tourist magazine, came to speak about the merits of the Shenandoah Valley AVA.  He praised the “world class fruit” being grown in the Shenandoah Valley and said it was of a high enough quality that the “spectacular wines” coming from the area could compete on a world stage. He said that this area, ranging from the Potomac River to the Natural Bridge, is “blessed both geographically and geologically”  for grape growing and wine making. It sounds like we are some pretty lucky dogs to be living in the Shenandoah Valley! 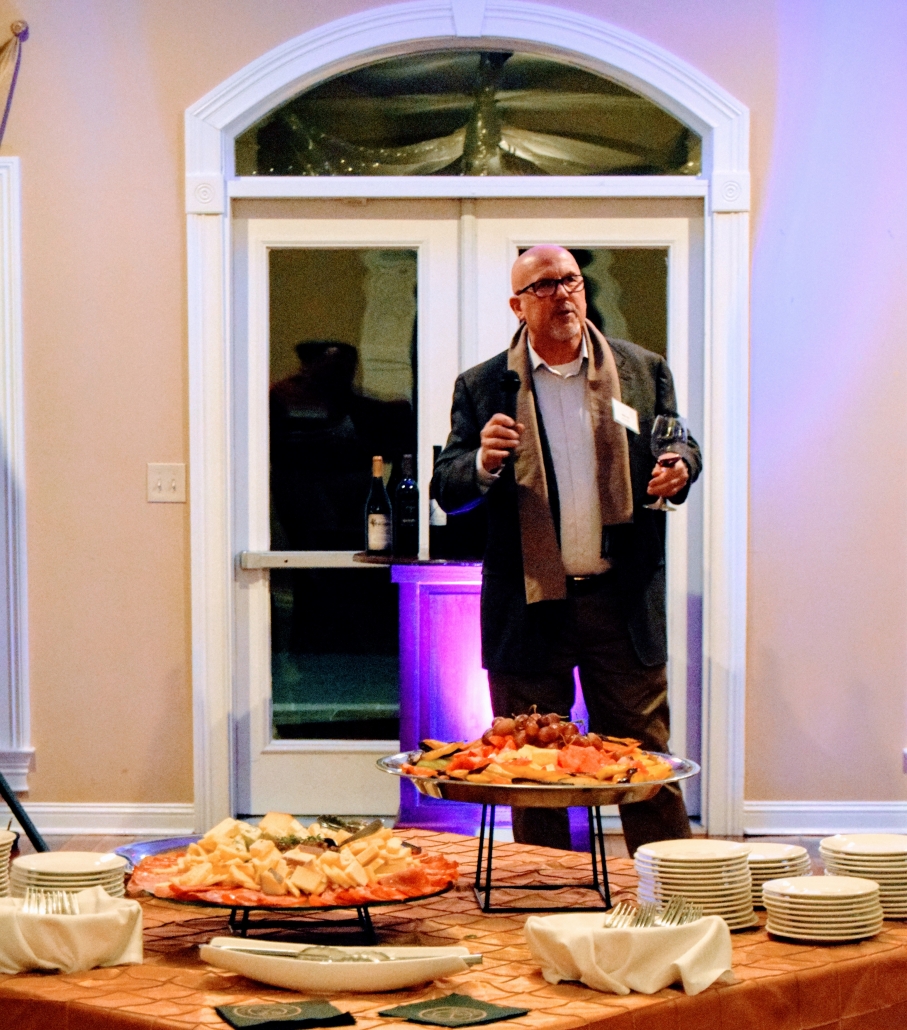 Another very special guest was also there for this inaugural event: Emma Randel was a trailblazer for the Virginia wine industry, and she is considered the matriarch of both the Shenandoah Valley AVA and the Shenandoah Valley Wine Trail. When Emma and her husband opened Shenandoah Vineyards in 1976, it was just the second vineyard opened in the state! Emma fought hard to bring recognition to the Shenandoah Valley AVA, and I can only imagine that this evening was a special joy for her as she was able to celebrate the fruits of her labor. 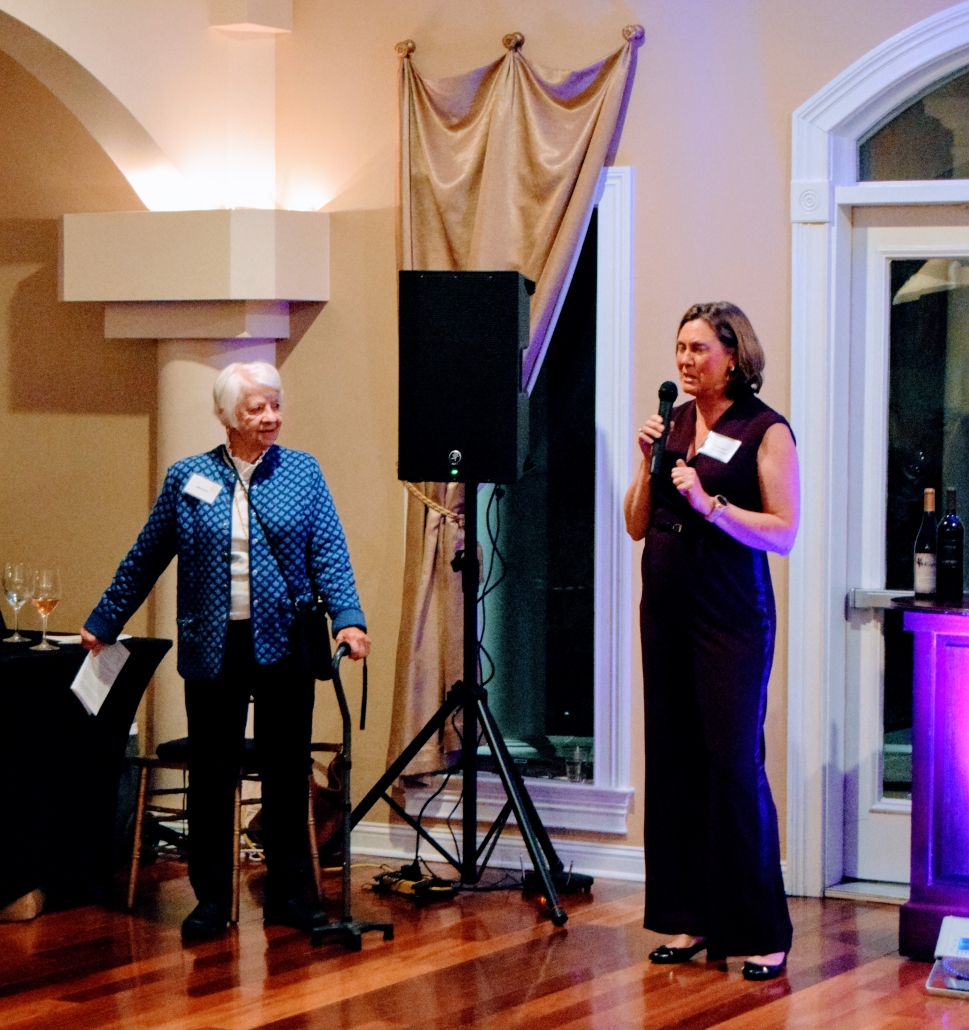 Our only regret of the evening is that we weren’t able to snag one of the delicious passed appetizers we saw being brought around the room. Despite this, we have to say that we really enjoyed ourselves!  It was so much fun to see everyone dressed up, and it was even more fun to see Mom in action as she spoke to the crowd. We are so proud of her! 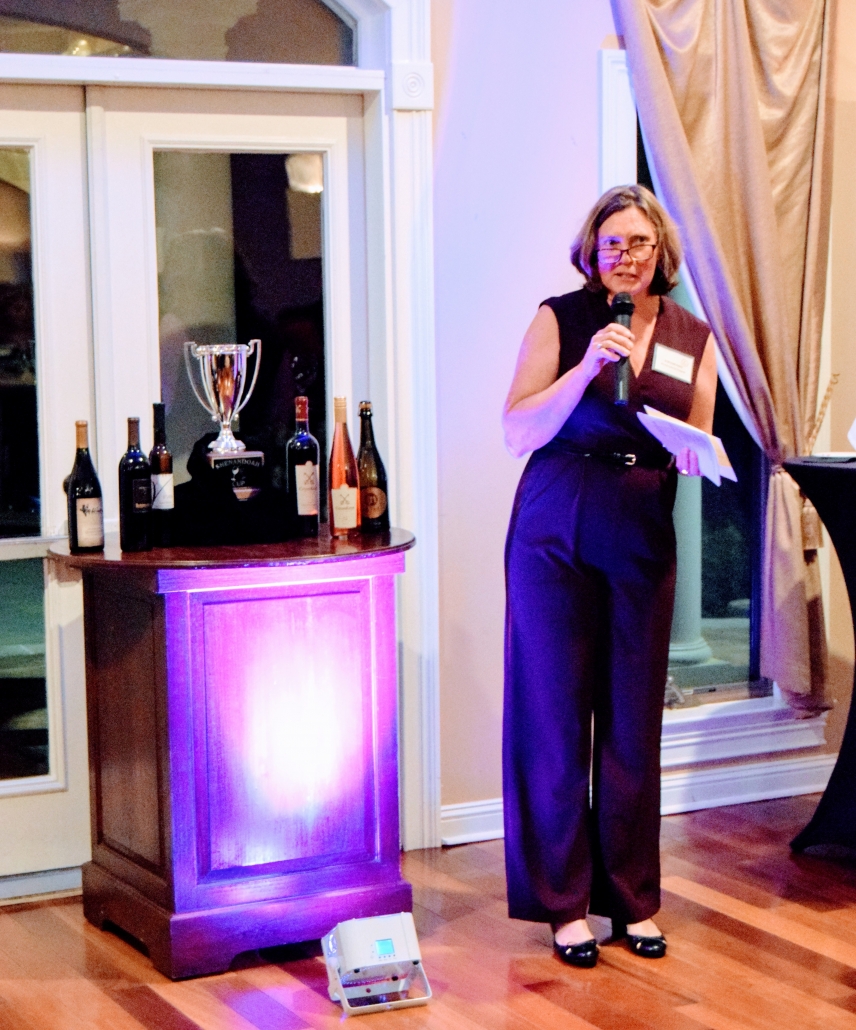 Soak It All In: Maceration Methods for Winemaking

‘Tis the Season for Giving Thanks!
Scroll to top
Review Us!