Guess who showed up in Richmond last week? My mom has no idea that I sneaked in the car to make my own appearance at the Governor’s Cup Gala, but I did! I donned my best suit and snuck right in under everybody’s nose. It may seem like a dog would seem a little out of place in the newly remodeled train station, but I was a wine lover surrounded by other wine lovers, so I fit right in! 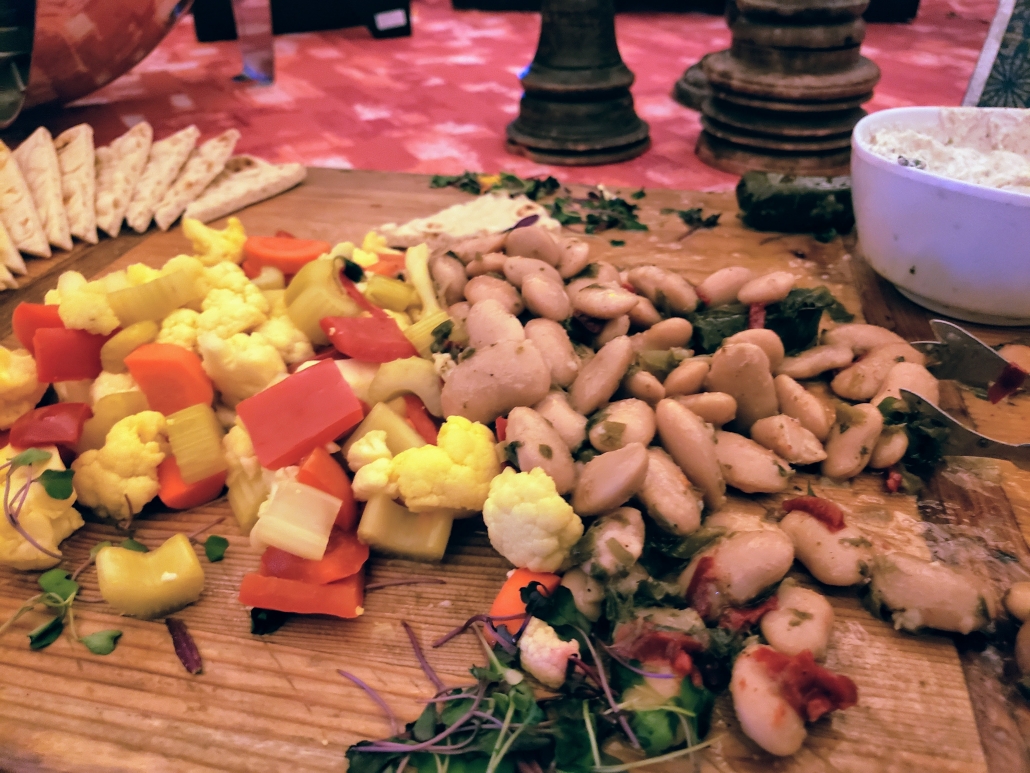 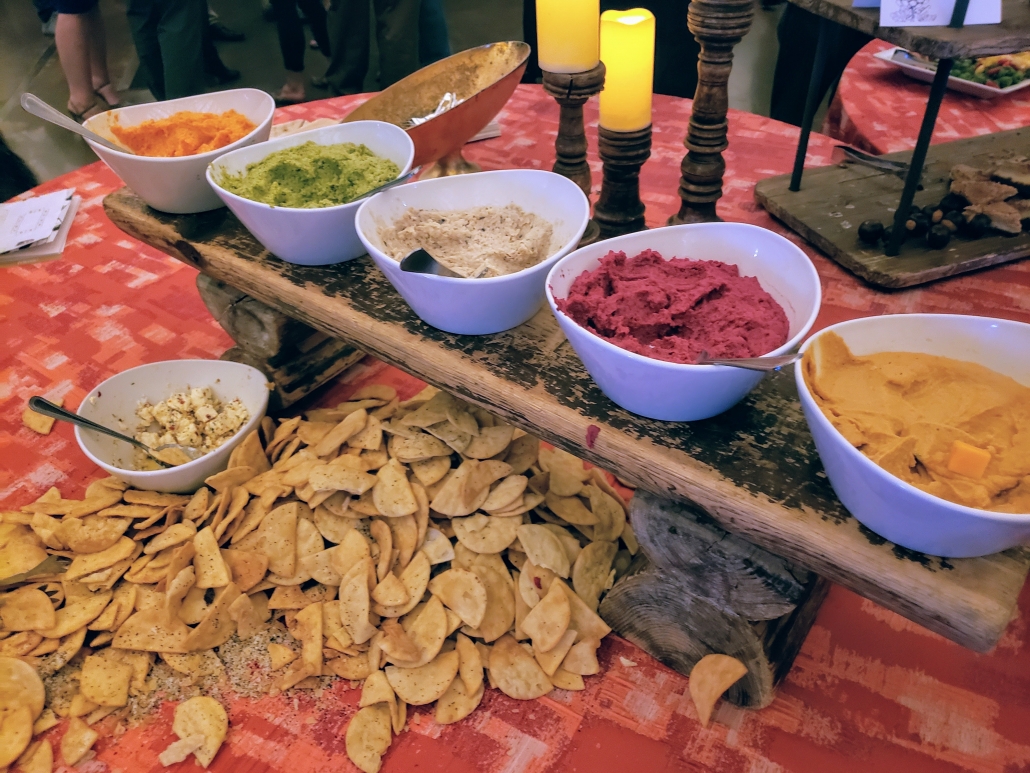 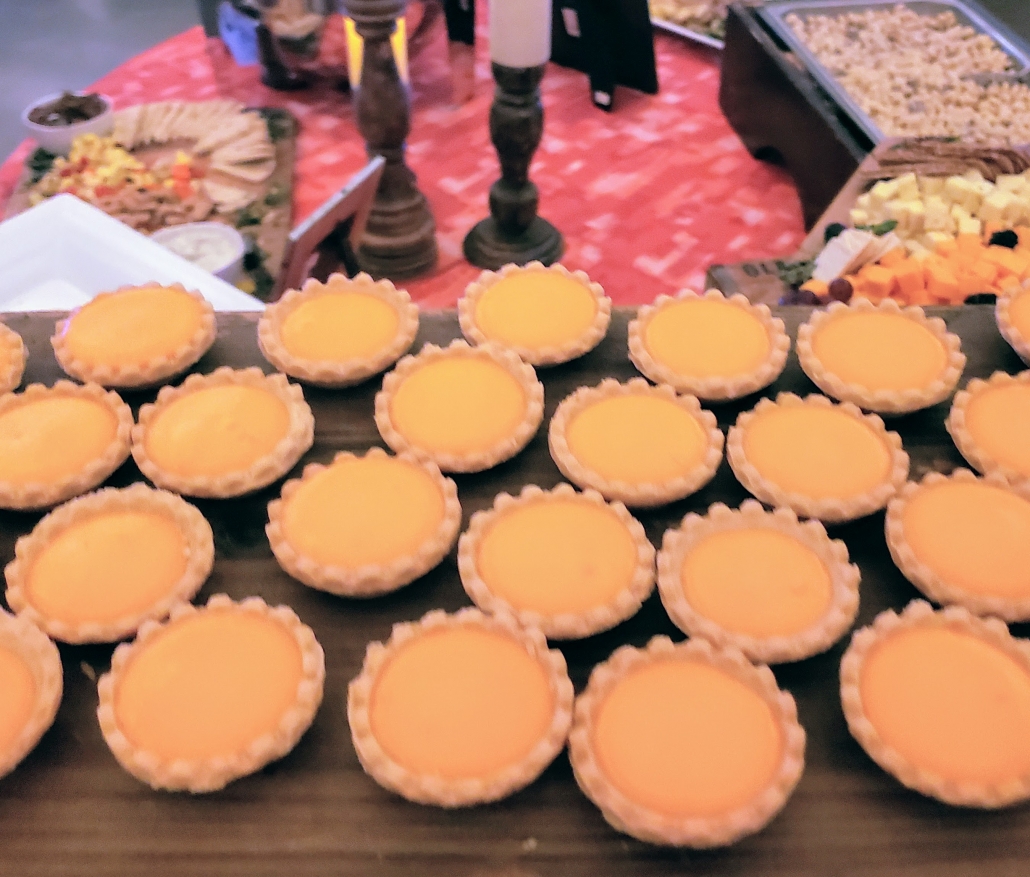 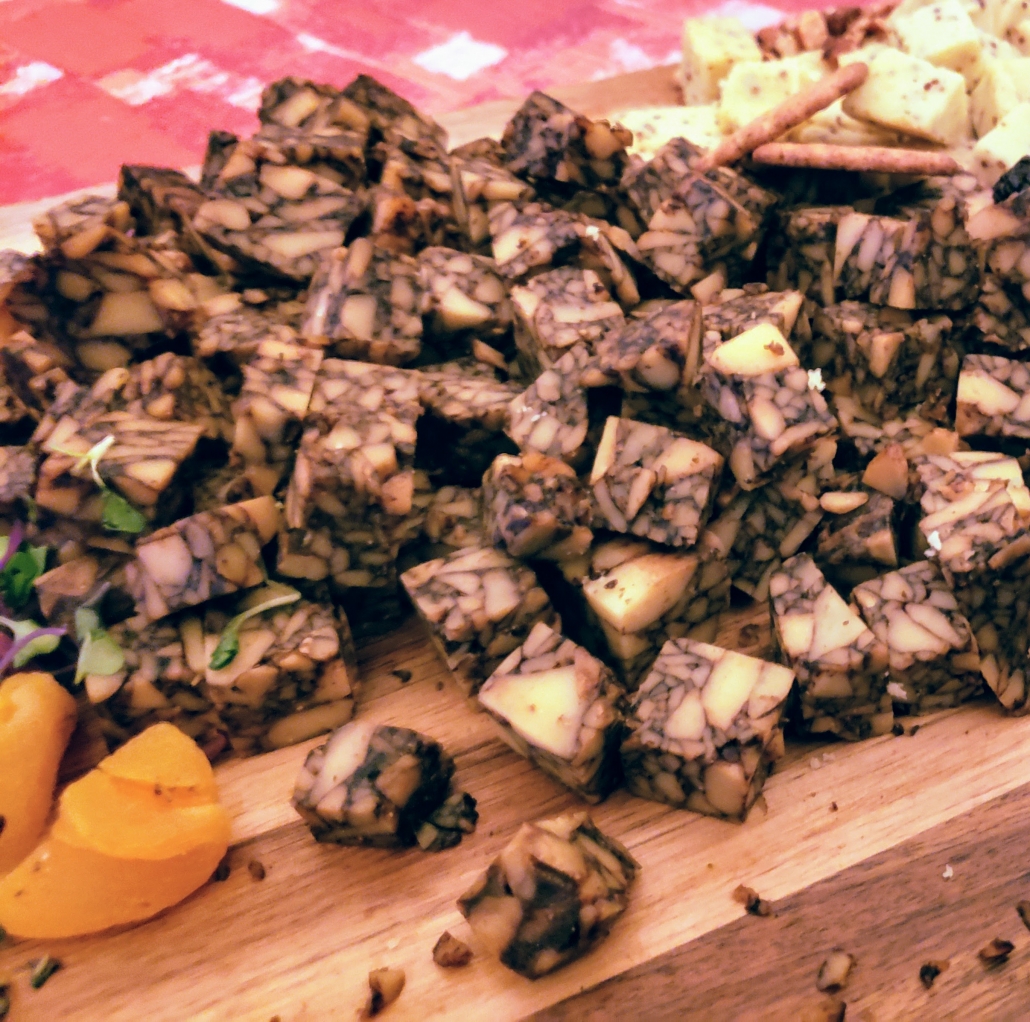 Picture it: Our valley, the beautiful land we call home, showing up all the way in Richmond at a swanky train station where history meets architectural renewal. The light twinkling off of the walls of glass only enhanced the magical feeling of the evening. Tables laden with food were scattered around the room: the selections on these were a wide range from charcuterie and truffled macaroni and cheese to fruit spreads and decadent tarts. All around the room, people milled around with wine glasses in hand, eager to try as many gold medal winners as they could. 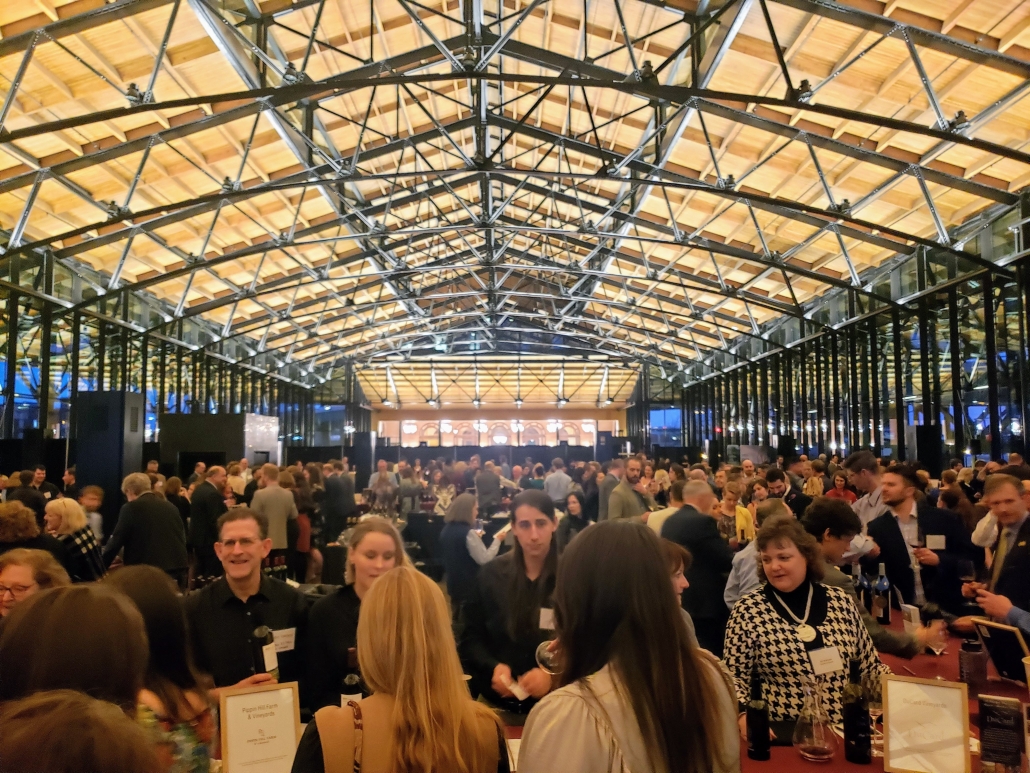 After a little over an hour of tasting time, everyone was called to the far end of the room to hear the evening’s program. The ceremony always begins with recognition of leaders in the Virginia wine industry. It was wonderful to hear Randy Phillips, of Cave Ridge Vineyard, recognized with the Lifetime Achievement Award. He started his venture 20 years ago when he opened his winery; before that, Randy was involved with resource management. Since entering the wine world, Randy has consistently acted in ways to further the wine industry in both the Shenandoah Valley AVA and Virginia. From his instrumental presence in the creation of the Shenandoah Wine Grower’s Association to his creation of the Virginia Wine Distribution Center, it is evident that Randy has had an incredible influence in the explosive growth the Virginia wine industry has seen over the past 20 years. 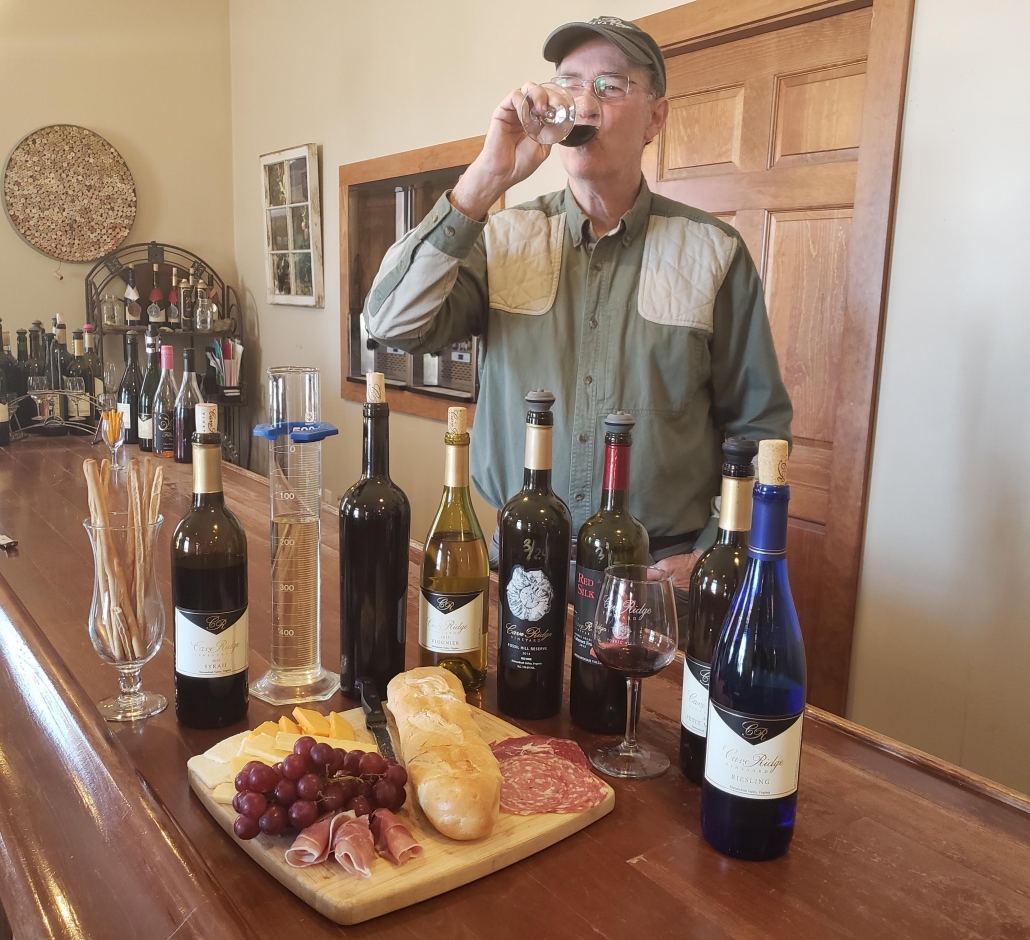 When he stepped on stage, Randy humbly gave thanks for the award and encouraged all of those present in the room to do their part in whatever journey they are on: “The world is run by people who show up, so continue to show up.” Thank you, Randy, for continuing to show up everyday and for helping to shape the Virginia wine industry into what it is today.

Chris Runion, an area delegate, made his way to the stage next to announce a recently passed resolution that recognized the significant impact that David King had on the Virginia wine industry through his advocacy for needed legislation that supported wine growers and winemakers across the state. David King, of King Family Vineyards, was pivotal in moving the wine industry forward by fighting for legislation that supports wine growers and others in the industry, and the Virginia Wineries Association wanted to carry on his legacy by giving an Advocate of the Year Award in his honor. As his son James recognized George Hodson for this year’s award, he quoted one of his father’s frequent reminders that “90% of life is showing up, and if you don’t, you might be legislated out.”

After the awards were given, the portion of the evening we were all waiting for arrived: the announcement of the winner of the Governor’s Cup. Each year, the Capital Wine School in Washington, DC, organizes and manages the judging process, and this year they had their work cut out for them! Out of the 532 wines that were entered from 105 wineries, 64 of those won gold medals. The judges remarked that it was evident that “Virginia wine makers were becoming more comfortable with their craft” and they were routinely impressed with the “elegant” and “stylistic profiles” that they encountered in the process. The “world-class” dessert wines received special notice this year when 868 Estate Vineyards won the Cup with their 2017 Vidal Blanc Passito. 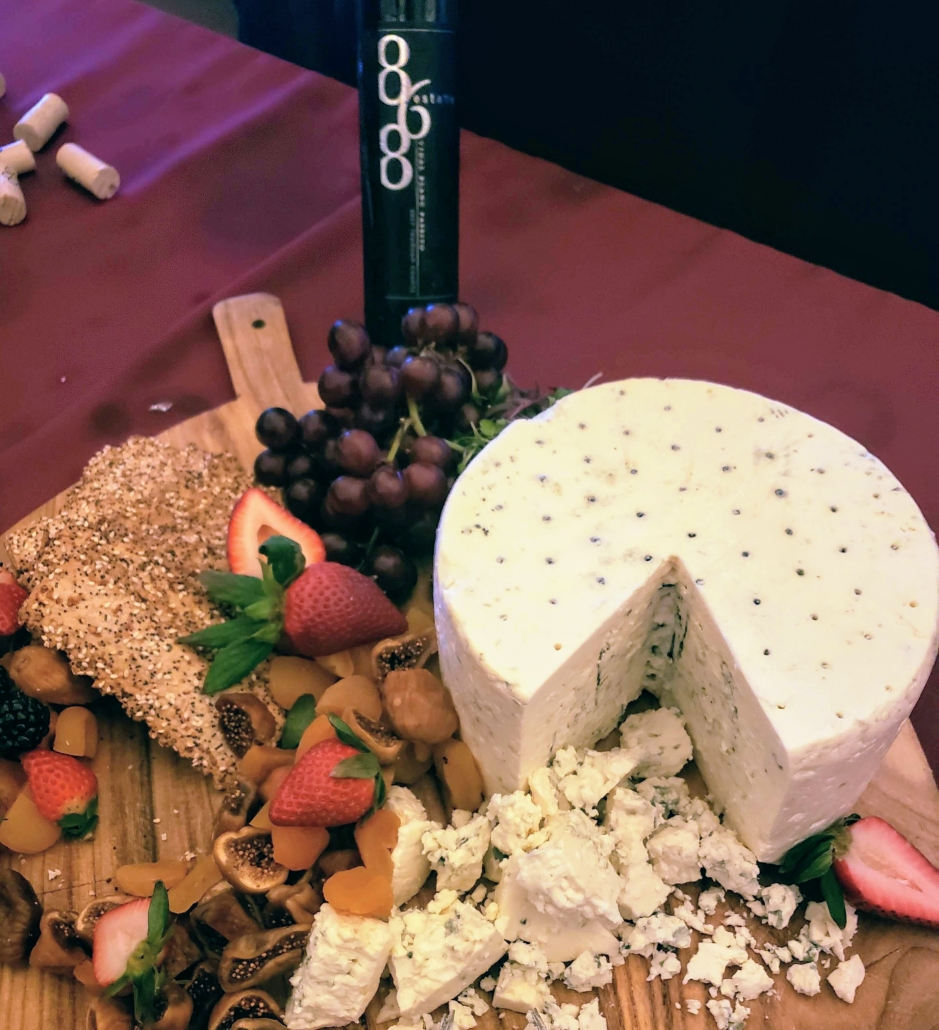 All twelve wines that made it into the Governor’s Case are listed below with hyperlinks to their vineyards. Be sure to take your own trip to taste the best of what Virginia has to offer.

Rice throwing, a long-standing tradition
Scroll to top
Review Us!