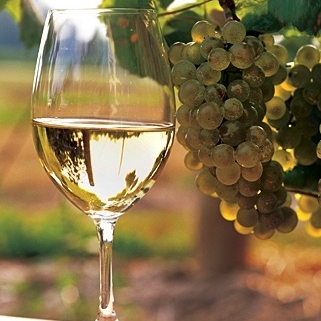 As one of the most widely grown grapes in the world, Chardonnay has a history as rich and varied as the wines that it produces.  Propagated throughout France by the Cistercian monks, Chardonnay officially became a Burgundy grape when it was planted under Emperor Charlemagne’s rule in the 800s.  One of the legends swirling about this white Burgundy (as it is referred to in France) is that the Empress tired of the red wine stains that were always present on her husband’s white beard, and she ordered white grapes to be planted in the vineyards to combat this problem.  Once planted, the easy growing grape found popularity everywhere.

When colonists moved to Virginia, legislation was quickly passed by the House of Burgesses  to establish a wine industry in the new land.  By the decree of Act 12, each head of household was ordered to plant and maintain ten grape vines.  Knowing how popular Chardonnay has been for centuries upon centuries, it is easy to understand why colonists chose Chardonnay as the first vinifera planted in Virginian soil.  While early grape growers were not successful in their wine-making pursuits, they continued to establish vines and techniques that would be used for years to come.

Chardonnay is the winemaker’s dream grape due to the fact that it is so diverse and malleable by both the terroir (earth it grows in) and the winemaker’s techniques.  Although it comes to the height of flavors in chalky, mineral heavy soils, Chardonnay grows well in a vast array of conditions and the end flavor can be influenced by the height of ripeness at which it is harvested.  Harvesting early in the ripening produces flavors of apple and lemon, and harvesting later in the ripening will produce a wine with tropical flavors of pineapple and mango.

One of the most interesting characteristics of the Chardonnay grape is how easily it is influenced by oak aging.  While oak barrels can impart flavors of vanilla, coconut, and even dill, oaked Chardonnays are most well known for their buttery, creamy feel. This butter flavor is the result of malolactic fermentation.  Once all of the sugar has been turned to alcohol, the lactic acid “eats” the malic acid which creates a byproduct with a chemical composition very similar to movie theater butter.

A wine as varied as this can be paired with nearly everything.  From soft cheeses, to herbed fishes, poultry dishes, and hearty steaks – the right Chardonnay can be the perfect match for them all!